NEWS ALERT All On Site Programs/Services are currently suspended 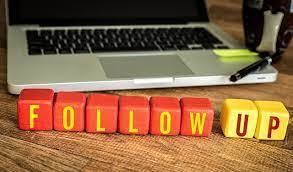 At our recent AGM meeting there were a number of questions during the Treasurer's report that were offered from the floor.  Out of a desire to answer these questions fully and accurately, the Board and Treasurer, David Paradiso, suggested that the questions be responded to after clear review and consideration could be given.  The following is now offered in response to those questions.  Please note that at any time throughout the year, if you have questions for our Board or Treasurer, you may reach out through email.

Questions from the floor:

The Board approved the Finance Committee’s recommendation to apply previous years’ surplus income to the present year’s budget. It was decided that the most transparent way of presenting this in the budget was to include it as a separate line item described as it was. To be clear, this will not be reported as income received in this year. The budget is a working document meant to guide spending against predicted revenue. I will consider other ways of presenting items in future budgets that may be clearer.

Our conventional insurance premium has increased over the previous year in line with the general increase for all church buildings. The insurance expenditure is predicted to be lower this year than last year’s actual expenditure, because last year we purchased additional insurance coverage during the On This Site construction project.

We aggregated expenditure plans into fewer groupings to present the budget more simply. The costs associated with pastoral ministry, including salaries, honorariums and expenses were grouped. As well, in anticipation of a more permanent move toward online services, we had allocated some funding for additional staff around setting up that process. On their own, the pastors’ salaries increase incrementally according to a schedule established several years ago. Those increments are not shared, however they are well below the 7% increase apparent from the comparison of the totals of these separate items.

No, the budget proposed by the Finance Committee was approved by the Board before the beginning of the fiscal year. The budget is presented to the membership at the AGM as part of the annual reporting process.

The Board again wishes to thank all those who participated in our AGM.  We appreciate your engagement and prayers for the ongoing mission of the church to make Jesus known among us, around us, beyond us.

May 2
Life in Christ

Ask me Anything Day... Special General Meeting called for Sunday May 16, 4pm on Zoom We are doing even MORE Hiring! 3 Summer Positions!